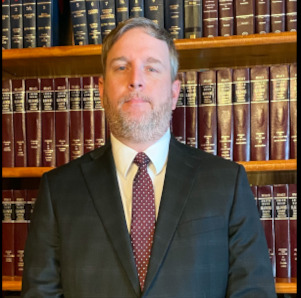 Charles earned a Juris Doctorate from Southern Illinois University School of Law in 2012 after completing a Bachelor of Science in Paralegal Studies at SIU in 2009.

Before lawschool, Charles began his legal career working as a freelance paralegal until attaining a 711 license to practice law with the Williamson County State’s Attorney during his final year in school. Attorney McGuire is licensed to practice in Illinois state court and in federal court for the Southern District of Illinois. During his five years in private practice, Charles worked as an associate attorney with a firm in Harrisburg, Illinois, and maintained his own practice, The Law Office of Charles G. McGuire, before accepting partnership with Southern Illinois Law Center early in 2018. Charles is a member of the Jackson County Bar Association and is a proud father to son Alexander.