Retired from Practice of Law 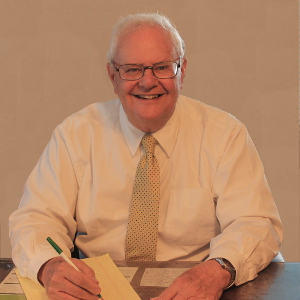 John graduated from the University of Iowa in 1970, obtained a Juris Doctor degree from the DePaul University College of Law in 1975, and continued his legal education with courses at Northwestern University and the National College of District Attorneys. John briefly practiced in Chicago and then relocated to Jackson County, Illinois in 1975 where he served as assistant stateâ€™s attorney for five years. John operated his own law firm in Murphysboro, IL prior to his election as Jackson County Stateâ€™s Attorney in 1980. He was Stateâ€™s Attorney for eight years until late 1988 when he decided not to seek a third term after two successful elections and 13 years as a prosecutor. Like attorney Michael Burke, after entering private practice, John’s peers designated him a “Leading Lawyer”. 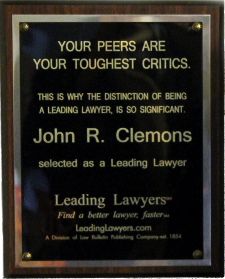 John taught at Southern Illinois University, Carbondale for over 35 years teaching trial advocacy, criminal law, business law, healthcare law, family law and personal injury law. John has also been appointed to various statewide commissions by former Governor James R. Thompson, former Attorney General Neil F. Hartigan, and past Children and Family Services Director Gordon Johnson. A member of numerous professional organizations, including the Illinois State Bar Association and Jackson County Bar Association, John has served on many civic organizations such as the Board of Good Samaritan House, Youth Services Program, Covenant Christian School, Lions Club, his church council, and others. John has been involved in political activities since he was a teenager. In 2003-04, he was Southern Illinois Coordinator for Barack Obamaâ€™s successful campaign for the U.S. Senate and worked on the 2008 and 2012 Presidential campaigns.

After a long legal career, John retired from the practice of law in 2022. He now enjoys spending time with his family and dog.